Previously, I have identified Jerusalem/Israel to be Mystery Babylon as rabbinic Jews:

Note from the article on Adonis:

“Adonis’ name comes from a Canaanite word meaning “lord” and modern scholars consider the story of Aphrodite and Adonis to be derived from the earlier Mesopotamian myth of Inanna (Ishtar) and Dumuzid (Tammuz).”

We also know from Revelation 11:3-13 — concentrating on v8 — that modern Jerusalem is referenced spiritually as Sodom and Egypt:

Revelation 11:8 And their dead bodies will lie in the street of the great city which mystically is called Sodom and Egypt, where also their Lord was crucified. (NASB 1995)

Now, let’s put some more proverbial nails in the coffin from Revelation 17 focusing on the following passage:

Revelation 17:9 Here is the mind which has wisdom. The seven heads are seven mountains on which the woman sits, 10 and they are seven kings; five have fallen, one is, the other has not yet come; and when he comes, he must remain a little while. 11 The beast which was and is not, is himself also an eighth and is one of the seven, and he goes to destruction. 12 The ten horns which you saw are ten kings who have not yet received a kingdom, but they receive authority as kings with the beast for one hour. 13 These have one purpose, and they give their power and authority to the beast. (NASB 1995)

Rome has been traditionally identified as the “Mother of Harlots” with its infamously being founded on seven mountains or hills; however, many cities make that same claim including:

What we have to remember is that the Bible’s focus is on Jerusalem, and by extension, Israel — as well as the continual struggles of:

As is documented throughout the Bible, Israel has continually turned its back on the Most High, and they have yet again since rejecting the Suffering Servant on Passover (14 Abib) in 36 CE. But, always remember Romans 11.

Let’s focus on the seven mountains or hills of Jerusalem:

Here’s a map of these seven mountains: The woman that sits on these is Jerusalem from Revelation 17:9.

Now, let’s focus on the “seven kings” in Revelation 17:10. Recall that besides Jerusalem/Israel, the Bible focuses on the stuggles between Jacob and Esau. We also have to recall when John [at] Patmos wrote the Book of Revelation in c. 90-95 CE.  He was writing of the Herodian dynasty. As you will see from the first sentence of this article that this dynasty was of Idumaean or Edomite descent. Edomites are from the LINE OF ESAU! Note the quote from the article:

“According to the Hebrew Bible, Esau is the progenitor of the Edomites and the elder twin brother of Jacob, the patriarch of the Israelites.”

In a previous Facebook post, I spoke of John Hycanus of the Hasmonean dynasty (aka the Maccabees). The Maccabees usurped the high priesthood from the sons of Zadok. John Hyrcanus, specifically proselytized the Idumeans by the sword. From the article:

“They were again subdued by John Hyrcanus (c. 125 BC), who forcibly converted them, among others, to Judaism, and incorporated them into the Jewish nation, despite the opposition of the Pharisees. Antipater the Idumaean, the progenitor of the Herodian Dynasty along with Judean progenitors, that ruled Judea after the Roman conquest, was of mixed Edomite/Judean origin.”

This is reiterated from the article on John Hyrcanus:

“Hyrcanus also initiated a military campaign against the Idumeans (Edomites). During this campaign Hyrcanus conquered Adora, Maresha and other Idumean towns (Ant.13.257). Hyrcanus then instituted forced conversions on the Idumeans to Judaism. This was an unprecedented move for a Judean ruler.”

“Hyrcanus took also Dora and Marissa, cities of Idumea, and subdued all the Idumeans; and permitted them to stay in that country, if they would circumcise their genitals, and make use of the laws of the Jews; and they were so desirous of living in the country of their forefathers, that they submitted to the use of circumcision, and of the rest of the Jewish ways of living; at which time therefore this befell them, that they were hereafter no other than Jews.”

Bottom line: If it were not for John Hyrcanus of the Hasmonean dynasty, the Herodians would likely have not risen to power. He unwittingly undermined his own bloodline by his forced conversions! God works in mysterious ways indeed…

Now, let’s focus on the Herodians. At the time that John (Heb. Yochanan) wrote the Apocalypse while exiled on Patmos by Domitian, Herod Agrippa II was nearing the end of his “rule” after the First Jewish-Roman War that led to the destruction of the Second Temple; he was the LAST of the Herodians. With that in mind, let’s examine what John wrote in Revelation 17:10:

“Five have fallen.” This is in reference to:

Antipater was the founder of the Herodian dynasty — contrary to what is taught in most churches; this is reflected in the first sentence of the article on him.

“Antipater I the Idumaean /ænˈtɪpətər/ (died 43 BC) was the founder of the Herodian Dynasty and father of Herod the Great. According to Josephus, he was the son of Antipas (I) and had formerly held that name.”

Most people think that most of the NT is regarding Herod the Great. In fact, he was LONG dead before Christ’s birth on the Feast of Weeks in 6 CE during the census of Quirinius; see Luke 2:2. In fact, the ONLY verse that mentions Herod the Great by reference is Matthew 2:22. This is a spurious verse with the earliest extant manuscript being Papyrus 70 [aka Papyrus Oxyrhynchus 2384] dated to the third century from its discovery in Egypt. Yes, the “early church fathers” were already at work in disguising the truth; see Matthew 23:9. From the Papyrus 70 article, the manuscript “has a fairly reliable text, though it was carelessly written.”

Of these five that had fallen, Herod Archelaus from Christ’s birth narrative and was responsible for the “slaughter of the innocents” in Bethlehem. Note even in this article that Herod the Great is falsely identified as the perpetrator; HE DIED IN 4 BCE — NINE YEARS BEFORE! Our churches, theologians, and scholars have taught us a false tradition!

Archelaus was deposed from power in 6 CE and died in exile in 18 CE. The “holy family” remained in Egypt until this “Herod” died when Christ was was 12 years old; see Luke 2:41-52. 18 CE – 6 CE = 12 years! What church is teaching this and why not?!? Instead, they attempt to rebuff the Book of Luke — the ONLY one explicitly written in chronological order from eyewitness accounts to then kohen gadol [=high priest] Mattathias ben Theophilus in 65-66 CE; see Luke 1:1-4. Note that “most excellent Theophilus” was employed just as Yosef ben Caiaphas was addressed as simply Caiaphas in the NT.

Also, Herod Antipas was responsible not only for the beheading of John the Immerser but played a peripheral role in the events leading up to Christ’s crucifixion. Regardless, he had jurisdiction but sent Christ back to Pontius Pilate for sentencing.

Returning to Revelation… Next, John wrote: “one is.” That is referring to the final years of Herod Agrippa II’s reign.

Then, we have: “the other has not yet come; and when he comes, he must remain a little while.” Why has this “king” not come? Because Herod Agrippa II was the last of the Herodian dynasty. So, what does that tell us about the one to come? HE WILL BE AN EDOMITE KING WHO PRACTICES RABBINIC JUDAISM!

Next we have verse 11: “The beast which was and is not, is himself also an eighth and is one of the seven, and he goes to destruction.” As was discussed in previous Facebook posts, the “beast” is referring to the LITERAL Leviathan — the sea monster created on the fifth day — who will kill Enoch and Elijah, the two witnesses, in Jerusalem; see Revelation 11:7-8. The best description of Leviathan is found in Job 41, Isaiah 27:1, and Psalm 74:14. What new information do we learn about Leviathan in Revelation 17:3? It is SCARLET, full of blasphemous names, having seven heads and ten horns (see the image at the top of this article).

Revelation 17:12 The ten horns which you saw are ten kings who have not yet received a kingdom, but they receive authority as kings with the beast for one hour. 13 These have one purpose, and they give their power and authority to the beast. (NASB 1995)

Recall that the Bible is all about Israel. So, to what could the “ten kings” be referring??? The TEN LOST TRIBES OF ISRAEL!

This is what Israel looked like after the Exodus as they were settling the Promised Land:

Now, compare that to modern Israel: 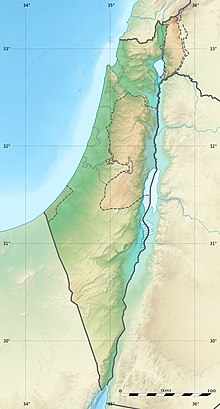 What’s missing? All of the tribes of Asher and Reuben as well as parts of Dan, Naphtali, Manasseh, and Gad. As may have been noted, scholars cannot agree on the lines of demarcation between the tribes; therefore, it is possible that at least parts of ALL 10 tribes have been impacted. These 10 tribes will be coming to reclaim the Northern Kingdom of Israel at whatever cost! What modern countries are involved? Lebanon; the western parts of Syria and Jordan; and northeastern Egypt. In Biblical eschatology, the “kings of the north” are representative of Babylon (i.e., Neo-Assyrian Empire) — which also includes modern Iraq, and the “kings of the south” are from Egypt.

Where was the Biblical Idumea (Edom) of the time of the Herods? On the southwestern side of the Dead Sea in Israel; in the area almost straight down from Jerusalem and Bethlehem — with ‘Arad being central to the area.

Finally, examine the latter part of this chapter:

Revelation 17:15 And he said to me, “The waters which you saw where the harlot sits, are peoples and multitudes and nations and tongues. 16 And the ten horns which you saw, and the beast, these will hate the harlot and will make her desolate and naked, and will eat her flesh and will burn her up with fire. 17 For God has put it in their hearts to execute His purpose by having a common purpose, and by giving their kingdom to the beast, until the words of God will be fulfilled. 18 The woman whom you saw is the great city, which reigns over the kings of the earth.” (NASB 1995)

Again, that “common purpose” is reclaiming the land that they believe is rightfully theirs. They will even make a proverbial pact with the devil and the tribes of Ishmael to achieve that end!

It all fits when you place it back into the proper perspective, doesn’t it? So, whenever you hear “learned eschatologists” say all kinds of crazy things about what this vision represents, remember that it’s ALL ABOUT ISRAEL! 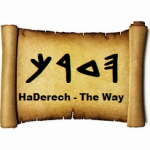