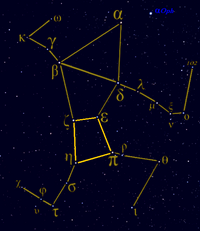 On September 23, 2017, many who study eschatology, or end-time prophecy, stated that a “sign” involving the constellations Virgo and Leo; the sun and moon; and planets Jupiter, Mercury, Mars, and Venus would:

For more information on that now debunked “sign,” see here with an artist’s conception here. But, how could a layperson with little or no astronomy experience know that it would be debunked ahead of time?

Examine the entire chapter of Revelation 12.

Let’s dispel one of the larger lies taught in most Christian churches — a pre-Tribulation rapture:

Matthew 24:29 “But immediately AFTER THE TRIBULATION [emphasis mine] of those days the sun will be darkened, and the moon will not give its light, and the stars will fall from the sky [lit. heaven], and the powers of the heavens will be shaken. 30 And then the sign of the Son of Man will appear in the sky, and then all the tribes of the earth will mourn, and they will see the Son of Man coming on the clouds of the sky with power and great glory. 31 And He will send forth His angels with a great trumpet and they will gather together His elect [lit. chosen ones] from the four winds, from one end of the sky to the other. (NASB 1995)

Mark 13:24 “But in those days, AFTER THE TRIBULATION [emphasis mine], the sun will be darkened and the moon will not give its light, 25 and the stars will be falling from heaven, and the powers that are in the heavens will be shaken. 26 Then they will see the Son of Man coming in clouds with great power and glory. 27 And then He will send forth the angels, and will gather together His elect [lit. chosen ones] from the four winds, from the farthest end of the earth to the farthest end of heaven. (NASB 1995)

This represents two witnesses in the synoptic Gospels. So, if ANYONE teaches a pre-tribulation rapture, they are a false teacher; it’s as simple as that. Matthew 10:22, 24:13 and Mark 13:13 all state that those who endure to the end (i.e., remain a believer in Christ until death or are still living at His return) will be saved.

Because the constellations of Virgo and Leo lie in the ecliptic, or the alleged plane of our solar system, this “sign” has likely occurred multiple times in the past. Also, Revelation 12:3-4 references a sign of a red dragon; there is no dragon constellation near Virgo — only Hydra is. However, the second sentence in Revelation 12:4 states the following:

Revelation 12:4b … And the dragon stood before the woman who was about to give birth, so that when she gave birth he might devour her child. (NASB 1995)

The problem is that the “head” of Hydra is nowhere near Virgo.

So, what could the red dragon be referencing? The best candidate is the constellation Draco [Lat. for “dragon”]. An interesting tidbit from the Draco article is that it is “… circumpolar (that is, never setting), and can be seen all year from northern latitudes.” Note that immediately following Matthew 24:29-31 and Mark 13:24-27 is the Parable of the Fig Tree:

Matthew 24:32 “Now learn the parable from the fig tree: when its branch has already become tender and puts forth its leaves, you know that summer is near; 33 so, you too, when you see all these things, recognize that He is near, right at the door. (NASB 1995)

Mark 13:28-29 states the same. How does this tie into the Parable of the Fig Tree? Draco is best seen north of the imaginary equator during the SUMMER months — particularly July! Based on these passages in Matthew and Mark, look for this sign in the late spring — just before the summer solstice — NOT the autumnal equinox.

What seals the deal regarding the seven heads of the dragon in Revelation 12:3-4 is the fact that three of the four stars comprising the head of Draco are binary stars — Rastaban, Kuma, and Grumium:

But, there is no “female” constellation in the immediate vicinity of Draco, right? In mid-2014, I conducted research which proved — without a shadow of a doubt — that Eratosthenes renamed the constellation Engonasi(n) [Gr. for “the Kneeling One”] to the Greek Heracles, which in Latin is Hercules. It is known by the latter Roman designation today. Examine the following quote from the Constellation Guide for the Hercules Constellation under the Myth section:

“Hercules constellation dates back to ancient times. Its origin was unclear even to the Greeks. They knew it as Engonasin, or ‘the kneeling one.’ It was Eratosthenes who identified the kneeler as Heracles, standing over the dragon that guarded the garden of the Hesperides.”

How did women in Biblical times give birth? One example is found as follows:

1 Samuel 4:19 Now his daughter-in-law, Phinehas’s wife, was pregnant and about to give birth; and when she heard the news that the ark of God was taken and that her father-in-law and her husband had died, SHE KNEELED DOWN AND GAVE BIRTH [emphasis mine], for her pains came upon her. (NASB 1995)

Is this the first transgendered constellation? lol What was originally a woman (the kneeling one) became a man (Gr. Heracles/Lat. Hercules). The keystone asterism of Engonasi(n) forms the “womb.” The moon will be “birthed” from the keystone and will be at her feet later that evening. The original name of this constellation was preserved in its brightest star: Rasalgethi (Arabic Ras al-Jathiyy meaning “the Kneeler’s Head“).

The final part of this puzzle is found in Revelation 12:1 regarding “a crown of twelve stars.” This is likely referring to the constellation Corona Borealis (=Northern Crown). In modern times, this constellation is semicircular and is comprised of seven stars (or nine by the Chinese accounting); see here. As this constellation is not on the ecliptic, an extraordinary (unique!) event will have to occur for it to have 12 stars to complete the prophesy.

To understand this visually: Notice how Draco is poised “… before the woman who was about to give birth, so that when she gave birth he might devour her child.” Revelation 12:4b (NASB 1995)

God gave us the sun, moon, and stars for SIGNS, seasons, days, and years; see Genesis 1:14-15. What was originally holy has been corrupted through millennia by the Egyptians, Babylonians, Greeks, Romans, et al.

When will this prophesy be fulfilled? I don’t know, so we’ll have to keep looking up. But, we were provided with a target window. Just like when the gathering of Christ’s elect (=chosen ones) occurs, only the Father knows:

9 thoughts on “Revelation Study: Signs in the Heavens – Engonasi(n) the Kneeler”