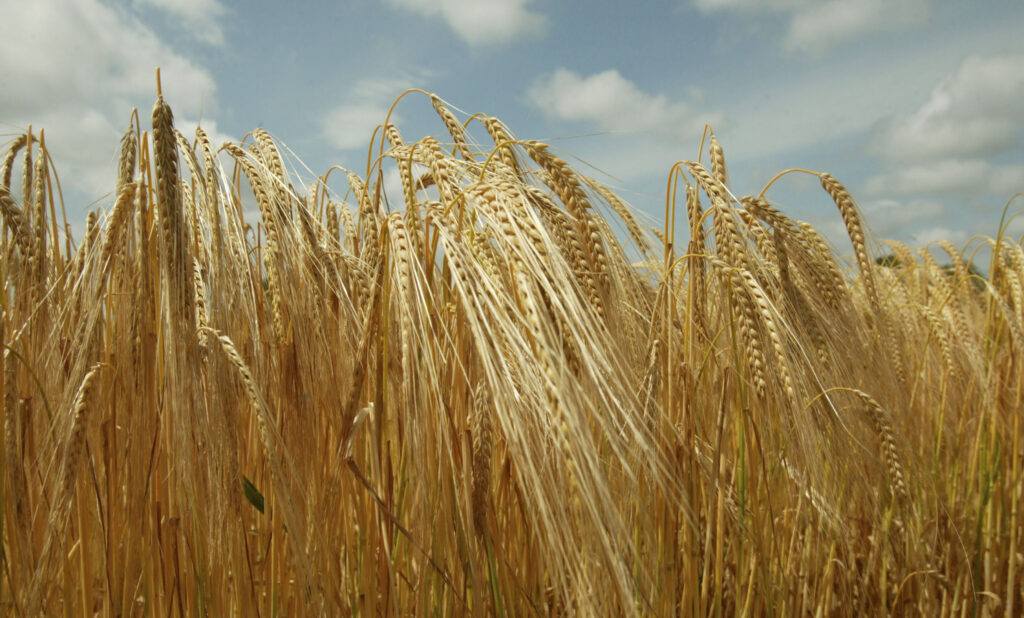 Leviticus 23:10 “Speak to the sons of Israel and say to them, ‘When you enter the land which I am going to give to you and reap its harvest, then you shall bring in the sheaf of the first fruits of your harvest to the priest. 11 He shall wave the sheaf before the Lord for you to be accepted; on the day after the sabbath the priest shall wave it.” (NASB 1995)

Today, 26 Abib on the first day of the week (evening of 4/13 and morning of 4/14), marks First Fruits (Heb. Bikkurim), aka the wave offering (Heb. tenufah) of the barley sheaf (Heb. korban omer), the first of four agricultural feasts with each being 49 days apart, exclusive:

Deuteronomy 11:13 “It shall come about, if you listen obediently to my commandments which I am commanding you today, to love the Lord your God and to serve Him with all your heart and all your soul, 14 that He will give the rain for your land in its season, the early and late rain, that you may gather in your grain and your new wine and your oil. (NASB 1995)

Revelation 6:6 And I heard something like a voice in the center of the four living creatures saying, “A quart of wheat for a denarius, and three quarts of barley for a denarius; and do not damage the oil and the wine.” (NASB 1995)

Leviticus 23:9 Then the Lord spoke to Moses, saying, 10 “Speak to the sons of Israel and say to them, ‘When you enter the land which I am going to give to you and reap its harvest, then you shall bring in the sheaf of the first fruits of your harvest to the priest. 11 He shall wave the sheaf before the Lord for you to be accepted; on the day after the sabbath the priest shall wave it. 12 Now on the day when you wave the sheaf, you shall offer a male lamb one year old without defect for a burnt offering to the Lord. 13 Its grain offering shall then be two-tenths of an ephah of fine flour mixed with oil, an offering by fire to the Lord for a soothing aroma, with its drink offering, a fourth of a hin of wine.14 Until this same day, until you have brought in the offering of your God, you shall eat neither bread nor roasted grain nor new growth. It is to be a perpetual statute throughout your generations in all your dwelling places. (NASB 1995)

The TaNaKh (OT or Hebrew Bible) provides the beautiful redemptive story of Ruth and Boaz, which leads to the birth of Obed the father of Jesse the father of David the father of Solomon (and so forth onto Joshua the Anointed One mistranslated as Jesus; see Matthew 1:1-17), as Naomi and she return to Bethlehem from Moab destitute after a drought that had devastating effects on the family.  As always, God provides for His people – even the poor (needy) and foreigners (aliens):

Leviticus 23:22 ‘When you reap the harvest of your land, moreover, you shall not reap to the very corners of your field nor gather the gleaning of your harvest; you are to leave them for the needy and the alien. I am the Lord your God [lit. Yahoah ‘elohekem].’ (NASB 1995)

John 6:8 One of His disciples, Andrew, Simon Peter’s brother, said to Him, 9 “There is a lad here who has five barley loaves and two fish, but what are these for so many people?” 10 Jesus said, “Have the people sit down.” Now there was much grass in the place. So the men sat down, in number about five thousand. 11 Jesus then took the loaves, and having given thanks, He distributed to those who were seated; likewise also of the fish as much as they wanted. 12 When they were filled, He said to His disciples, “Gather up the leftover fragments so that nothing will be lost.” 13 So they gathered them up, and filled twelve baskets with fragments from the five barley loaves which were left over by those who had eaten. 14 Therefore when the people saw the sign which He had performed, they said, “This is truly the Prophet who is to come into the world.” (NASB 1995)