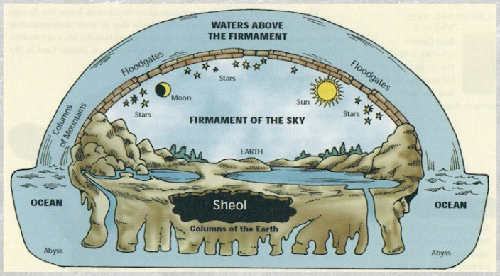 Genesis 1:14 Then God said, “Let there be lights in the expanse of the heavens to separate the day from the night, and let them be for signs and for seasons and for days and years.” (NASB)

The (re-)discovery of the Dead Sea Scrolls (DSS) revealed many important things including:

But, arguably, the paramount finding was that of the calendrical texts, which are noticeably absent in the canonized Bible. Why is this so important? Because God Most High (Heb. El Elyon) performs His works on His appointed times (Heb. mo’edim); this discovery filled a knowledge gap which had been elusive for nearly two millennia! This key information will ensure that God’s elect — those written in the Book of Life (Heb. Sefer HaChaim) — will not be deceived by Belial and his sons of darkness. Even today, the world follows the pagan Gregorian calendar and the Jewry follows a Babylonian calendar. Review my article entitled It’s About Time for more information.

These are some of the key manuscripts from the DSS:

These are summarized in the following documents:

In addition, I have reconciled the Gregorian calendar with that of the Enochian calendar of the DSS; this includes leap years dating back to March 19, 1900 CE (Excel limitation).  The fact that this reconciliation is possible proves that this calendar is still valid and is in play from an eschatological perspective.  NOTE:  This Excel workbook has been verified to be virus free.

After three years, the lunar cycle is 30 yomim deficient and realigns with the 364 yomim solar calendar. This evokes a Heavenly sign (Heb. ‘ot); that is, a full moon on 1 Abib; refer to the DSS Jubilees document above for details.  Also, on the evening of April 5th (18 Abib), Cycle 1 of 6 of the priestly divisions will commence. The priestly divisions are significant because it provides a vital clue as to when John the (Water) Immerser was conceived, which is critical in deciphering both Christ’s conception as well as His birth!

It is a miracle that these calendrical documents were made publicly available. The two entities — that controlled and had the most to lose regarding the truth contained within them — allowed them to be published. They must have thought they were irrelevant in modern times; they could not have been more wrong! In that regard, I highly recommend The Dead Sea Scrolls Deception by Baigent and Leigh. The authors were eerily spot on in the handling, translating, and publishing the DSS manuscripts. Of course, this book was panned by “Biblical scholars” and “theologians.”

Be sure to examine the articles, calendrical documents, maps, and figures in the following series:

2 thoughts on “The Greatest Discovery of the Dead Sea Scrolls”